Historically, cocoa beans have been categorised into 3 broad varieties: Criollo, Forastero, and Trinitario – the hybrid of the former two. Simplistically speaking, Criollo and Trinitario are considered “Flavour” or “Fine” cocoa beans while Forastero is viewed as the inferior cousin. This is also the categorisation most widely used. Yet, this is an incomplete categorisation because it ignores the wide variation within each of these 3 categories. For instance, it ignores the important role of geographic origin. A 2014 study conducted by researchers at the Central University of Catalonia, Spain found that nutritional content and fatty acids profile changes significantly depending on the geographical origin of the plantation. Furthermore, the broad 3 type categorisation ignores the fact that new varieties have been discovered over the years – one of the most recent being 2009 in Peru. A more comprehensive categorisation introduced in 2008 by researchers from the US Department of Agriculture outlines 10 different “genetic clusters”. The rarest of them all is the Criollo variant [link to MT Venezuelan collection]. Together with Trinitario, the “flavour/fine” beans make up only 5-10% of world cocoa output. The main reason for the rarity is that Criollo trees are less productive and resistant to diseases than the common Forastero variety. Through decades of unintended cross-breeding, very few pure Criollo strains still exists. Criollo, roughly translated as “native” in Spanish is found in a few countries, notably Venezuela, Madagascar and Indonesia. Very broadly speaking, chocolates made from Criollo beans display a myriad of complex flavours such as vanilla, fresh dairy, peaches, caramel, tree nuts, and even tobacco. The complexity of its flavours and its rarity means it will very likely taste wholly different from the mass market chocolates made typically from the common Forastero beans.

Accounting for 90-95% of world cocoa output is Forastero cocoa. Forastero means outsider or stranger in Spanish and is mostly cultivated in West Africa, notably Ghana and Ivory Coas. Regarded as “bulk” cocoa and the main source of cocoa for supermarket chocolates, Forastero typically lacks the complexity of flavour of its Criollo and Forastero cousins. Commonly described as having a bold, sometimes bitter, cocoa flavour. There are important exceptions though! A key exception is Nacional or Arriba cocoa which, while classified as a Forastero cocoa, displays little to no bitterness and a complexity and sophistication mostly reserved for “fine” or “flavour” beans. 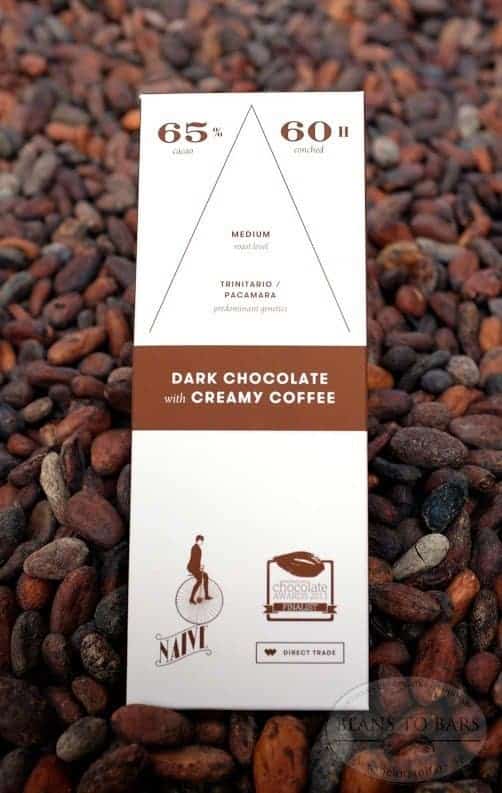 This brings us to another exception  – Trinitario beans from Cameroon. Despite being grown from Trinitario-type trees, Cameroon cocoa is commonly regarded as “bulk” cocoa. With the disclaimer on exceptions out of the way, Trinitario is the accidental offspring of cross-breeding between Criollo and Forastero trees. At its best, Trinitario combines the delicate flavour complexity of Criollo with the productivity and hardiness of Forastero trees. Due to its mixed genetics, Trinitario flavours can vary tremendously. Found throughout the Caribbean and in most artisan chocolate bars.

Criollo, Forastero, Trinitario – we love them all at Beans to Bars. Check out our favourites.